I’m trying to get into making games with godot (to eventually make my dream game; using dig dug’s digging system and combine it with catching creatures [like in pokemon], aground sort of sci-fi story and survival mechanics, and terraria in-general), so i decided to start pumping out a few sprites to use over the past day or 2
So here’s a list of sprites I’ve made in asepite using APP-Splendor128 so far
I’d appriciate any criticism that anyone has about them

Btw if any colours look a bit unfamilliar, I’ve allowed myself to use transparancy 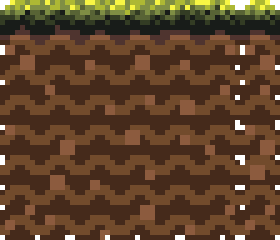 It looks pretty good! How is it going so far?