I did this and I want to improve, can someone help me out by giving any tips? 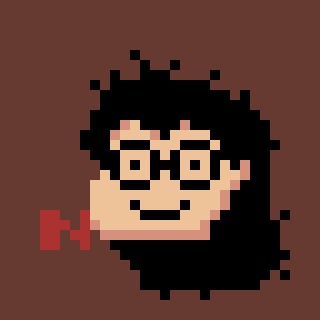 It all depends on the style you are going after, but as a general rule of thumb, almost never use pure black. It’s akin to using that 0/0/255 blue. That way you could differentiate between the hair, glasses, eyes and mouth with subtle dark tones that have color in them, and even shade the hair so it looks more like strands rather than a black shape.
The shading on the face is really minimal and looks a bit flat, so if you’re going for a more 3D look, you have to take the geometry of the human face into account - the nose should throw a shadow, as well as the cheekbones and other pronounced features your character might have.

It’s hard to give good criticism on a single art piece that is so small, so draw more and post it, so we can get a feel for what you’re trying to achieve and help you out.

Thank u, i just started and these tips are really important