I have the following setup: 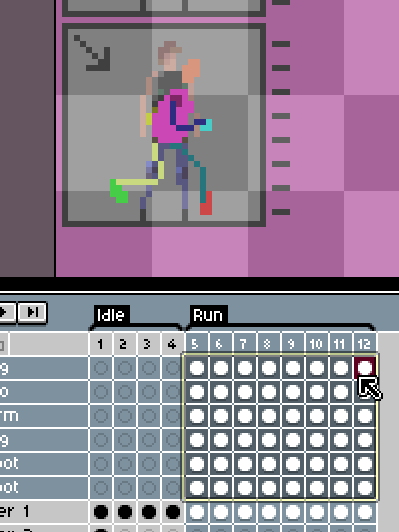 On each layer, I have a body part which goes through 8 frames of animation for the run cycle.

I want to be able to copy the artwork from one portion of the image into another part, so that I have two skeletons running in the same key frames and on the same layers.

Is it possible to do this operation in a single go?

hi! i don’t think you can have them on the same layers, you’d have to create enough new layers to copy the frames there. quick and clean alternative would be to group the selection and duplicate that group.

Perfect! Creating the group with all the layers of the original animation and then duplicating that group did exactly what I wanted.