Here’s more details about this behaviour: 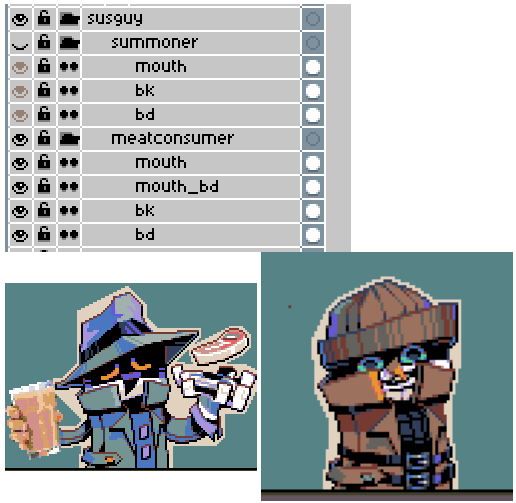 image516×503 29.6 KB
The group susguy contains two sub-groups: meatconsummer and summoner. They contains two spritres (seen above) that I’d like to export separately, via setting one group invisible and visible for another group, before exporting the main group susguy.
Normally, the expected result of above setup is an image that only contains one of the sprite shown in the image above. (since only one of them is visible) But whenever I do export, both of the groups seem to have exported as if both had their visibilities on – When in reality, one of them had their visibilities turned off.

My current Aseprite version is the following: Aseprite v1.3-beta10-x64, Running on my Windows 10 machine via Steam.

I’d be down to give you more details regarding this if needed, since it seems that I cannot embed more than one images in a post for now.
Cheers, ZIK.

I tried to recreate the issue – same version, OS and also via Steam. What export settings are you using? I found my results varied depending on the option I selected in the Layers dropdown menu. I included screen shots with thumbnails enabled in the timeline so it would be clearer to see what layers were being included or excluded in the result. 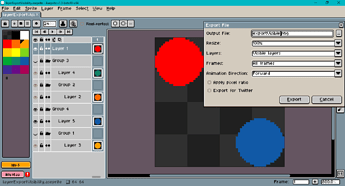 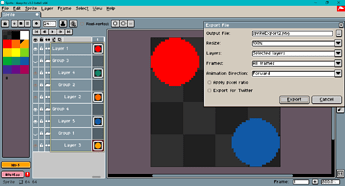 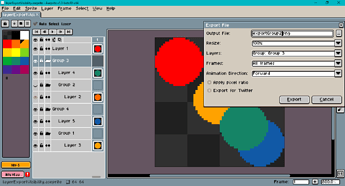 Have you exported on previous versions of Aseprite? If so, has the behavior changed from older versions to the current one? 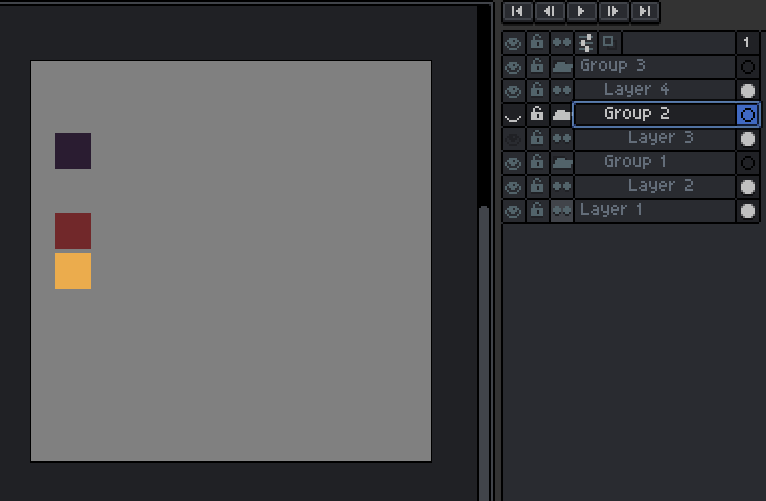 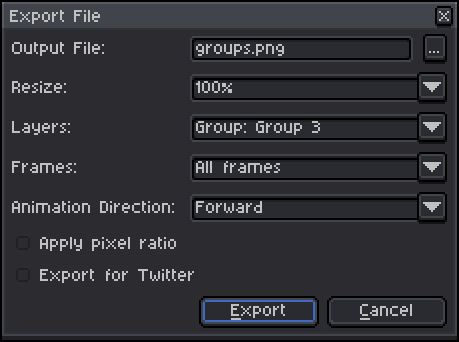 actual output (the violet square is layer in group 2):

as a bonus aseprite doesn’t refresh the canvas and timeline, so you can see the incorrect output in application as well: 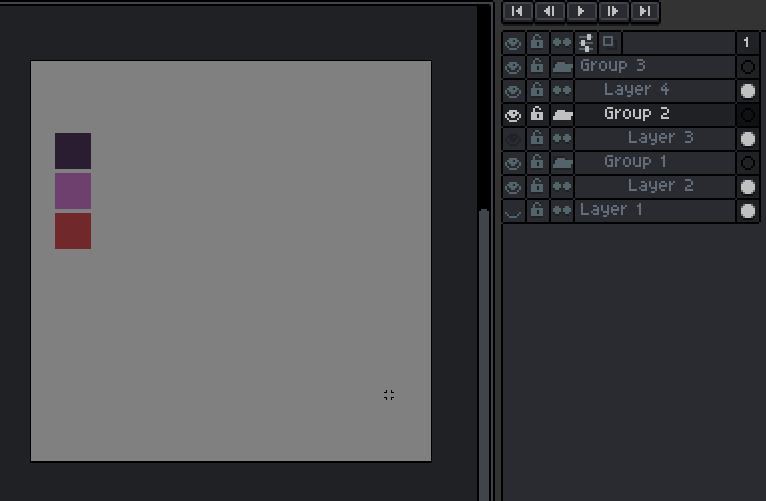 Hello! I should have included the full export settings image (but somehow forgot to do so after hitting the limit & removing most of the images)… But I’ve used the Group settings to export in the case above. Here’s the image showing the exact settings I’ve used – As you can see, I’m exporting the group themself rather than whole image nor individual layers: 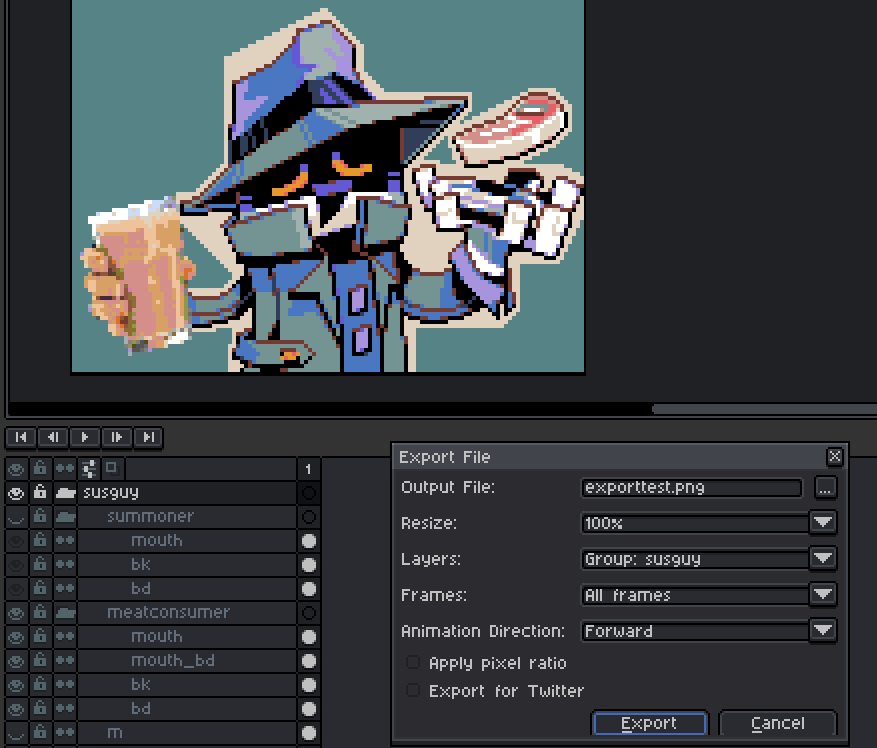