First pixel art. What do you think?

Hey everyone! This is my first attempt at pixel art and was wondering what you think? I’m open to suggestions/advice. I scaled this up %400, but I’m thinking I’ll have to go with bigger dimensions in the future to fit finer details.
I’ve recently been thinking of making an old school jrpg style game and would love to collaborate with some of the other community members in the future. This is my first post with more to come. Cheers! 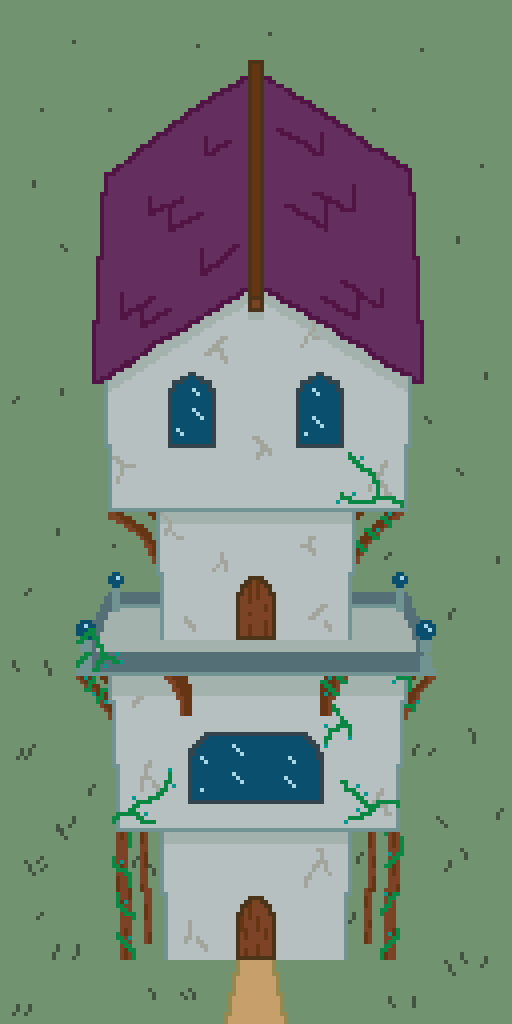 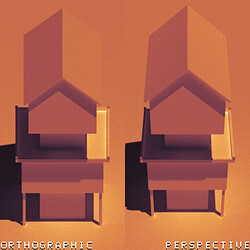 In photography and cinematography, perspective distortion is a warping or transformation of an object and its surrounding area that differs significantly from what the object would look like with a normal focal length, due to the relative scale of nearby and distant features. Perspective distortion is determined by the relative distances at which the image is captured and viewed, and is due to the angle of view of the image (as captured) being either wider or narrower than the angle of view at wh...

In some places, it looks like your picture uses perspective, for example with the blue spheres on the balcony. In other places it looks like the image is orthographic. When you figure out the light source, then you can get a clearer idea of the shadows. That makes decisions about color swatches easier to handle, IMO. 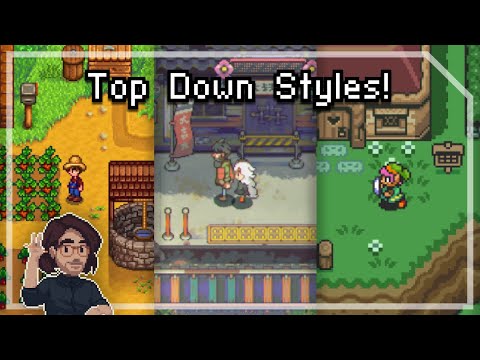 Thanks for the help, and detailed explanation, Jeremy! I’m working on a concept for a jrpg style game, so orthographic perspective is probably the way to go. I’ll look through the info you posted.
Thanks again,
-James