Hey guys, I thought I’d show you the result of nothing but Aseprite used to make this games graphics

Actually I can’t claim the original bunny or the forest menu screen (and the classic level, not featured in this trailer) as they came from the original 1998 DOS game “Jump 'n Bump”, but all the other graphics you see in this trailer (backgrounds, the other 3 animals and their animations, etc.) ALL done with Aseprite.

In case you don’t know the original game, it’s a local multiplayer game where you jump on each other’s heads for the most points. In my re-make “Super Jump 'n Bump”, you can have up to 8 players, using gamepads or keyboard (or even mouse) or even putting 2 people per game pad (eg. 4 gamepads means 8 players). And not only have I made heaps of new levels for it, but I used the built in level editor that I made which you can make your own levels with. And you can also add your own tilesets too. Also it has bots if you want to play single player, or just add to the number of existing players.

Oh I lie, it wasn’t just Aseprite, I also used GIMP in some cases for some of the more organic looking tiles, and scaled them down, and then cleaned them up in Aseprite. (Eg. grass) But a lot of it was just done straight in Aseprite.

It’s not out yet officially, but I’ll just post in this same thread when it is. 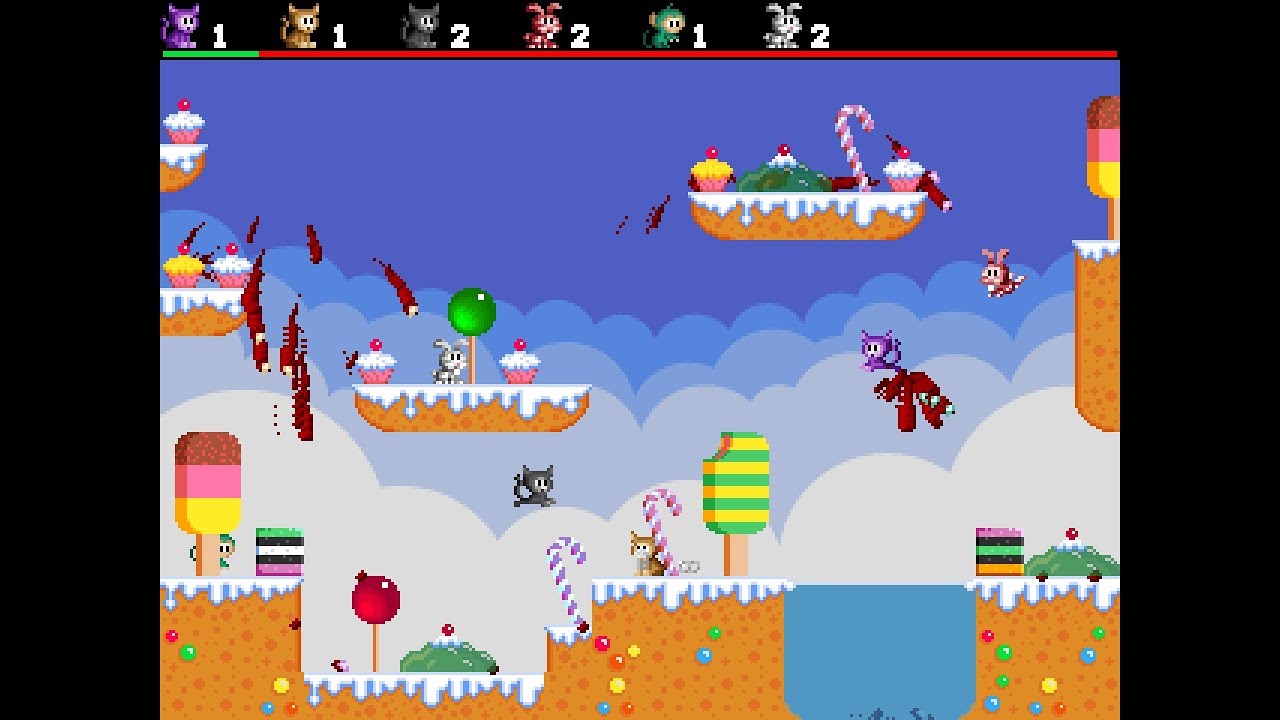