There’s a cool example of someone creatively using layers in photoshop to do crazy non-destructive dithering to pixel art
http://danfessler.com/blog/hd-index-painting-in-photoshop
I wonder if something like this would be possible in Aseprite or if a feature could be added.
Essentially the way it would work is that the underlying artwork would NOT be indexed, it could be full uncompressed color, but there would be a final non-destructive/real-time posterization step that includes dithering. In that link the guy even is able to make his own dithering patterns from small 16x16 black and white patterns he’s made as a separate file.

Here’s a GIF of the effect in action. Notice how the final image is indexed color but the underlying image is manipulated in 24-bit color space

There’s more GIFs in the link.

It would be great to have such a feature and then “bake” your image for final tweaking of individual pixels.
The issue with his approach and photoshop is that the index needs to be part of a gradient, in Aseprite it could be a lot cooler since we are able to make our own palette.

This is not currently possible.

You can fully control the palette in Photoshop too though, by being clever with your gradient, so if you already have PS, you might as well use that when you want to do index painting.

They have the Jumble Tool, found near blur, which will be as smooth as possible when working with pixels,

But i will also suggest doing initial dither here, and blur after with the smudging photoshop tool; 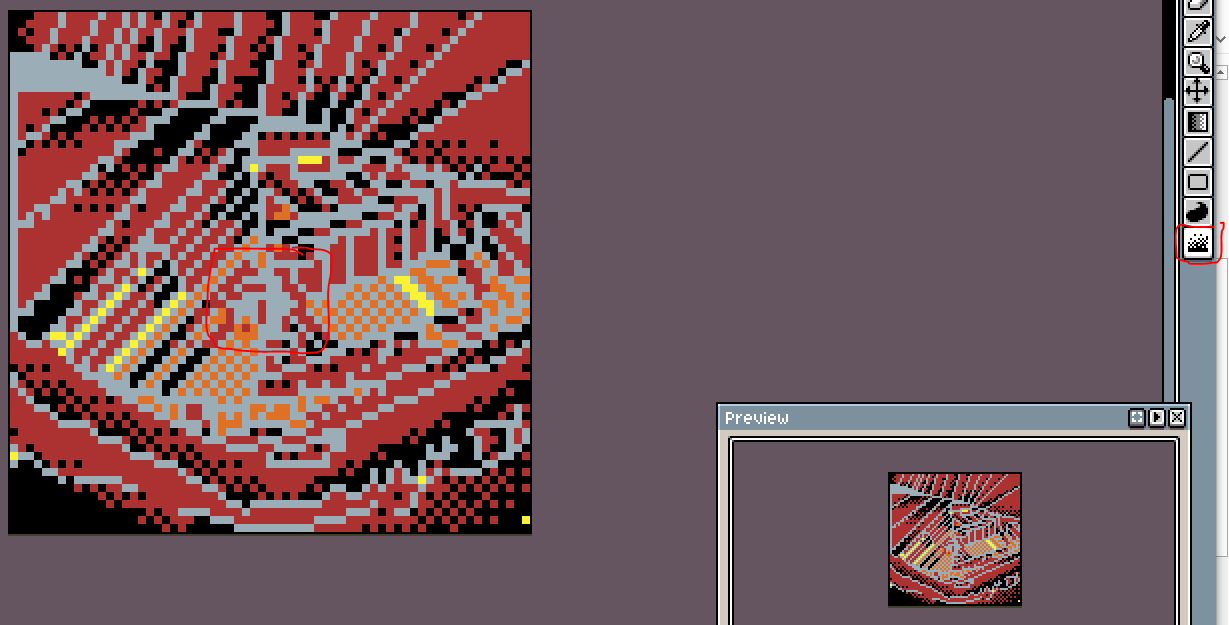 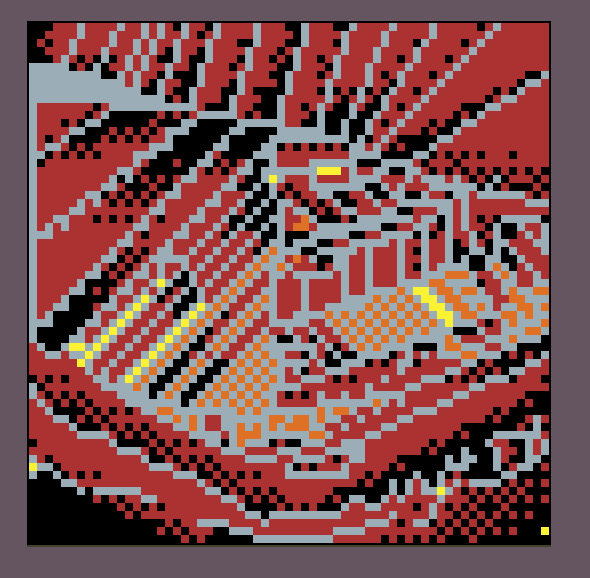 Aseprite’s dither tools (the gradient tool and custom dither brushes) are destructive, the dither is actual pixels put into the art. OP is asking about non-destructive methods, where the dither style, density, etc can be edited independently of the underlying artwork, which is not possible in Aseprite.

I see, well the Jumble tool will be the least destructive, or creation of the dither there to use elsewhere will be best then> Smudge tool is more useful than before i found this topic

You may create new overlay layer for dithered fills. Then select region on main layer and do your edits on new layer inside selected region.