Strange bug today. I opened a jpg and it opened upside down! Even though windows opens it normally in all other applications. 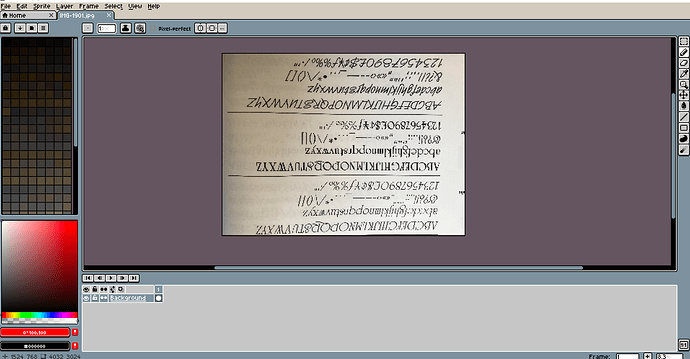 Then I tried to open a different jpg and it opened normally.
Any idea what has gone wrong?

JPG files can have Exif rotation data. This is commonly used to orientate photos correctly when rotating your camera/phone when taking the photo. Some image viewers/editors will recognize this data and apply the rotation, and some will not. Apparently Aseprite does not. Thankfully you can fix this easily enough by just transforming it in Aseprite.

it’s a known issue sadly, it was reported in the past too:

Aseprite doesn't appear to support the Exif.Image.Orientation tag. I took a phot…o of an object with my iPhone in order to import it into Aseprite as a reference layer. When opening the photo in Apple's Preview app, it shows right-side up, but in Aseprite, it's upside-down. In Preview, the Info window shows "Orientation: 3 (Rotated 180°)". Or from the command line: ``` $ exifprint IMG_7288.JPG | grep Orientation Exif.Image.Orientation 0x0112 Short 1 3 ``` (`exifprint` is part of [exiv2](https://www.exiv2.org).) I suspect the Orientation depends on which way I had rotated the phone when I took the photo. ### Aseprite and System version * Aseprite version: 1.2.25 compiled from source * System: macOS High Sierra 10.13.6