This is my false GutsMan sprite, I have worked hard to make it and yet I still want to make it better. Soooo feel free to give me some critiques about him (especially the hands[IGNORE the background it is only there to make Guts stand out) 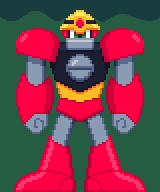 I updated my Gutsman Sprite (The large one) 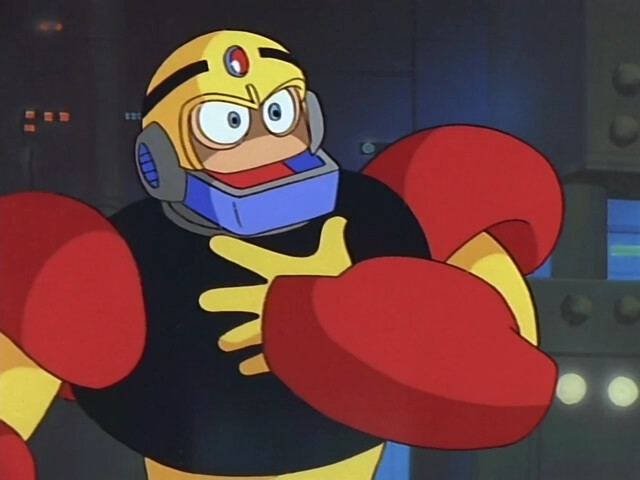 Aside from changed colors and some anatomy differences you variant of GutsMan character would benefit from more distinct eyes and better contrast between reds (and yellows too) ~ basic, shade and highlight colors ~ as they are almost the same for now.

Also a better pixel line curvature should be used for forearms.

Thanks. I’ll do that

Not bad. Still wrong red tone (or is it your preferred one?). Still strange eyes pupils (not really apart from each other). And still low contrast between reds, though better than earlier.

You know, don’t be afraid of good contrast for shadows.

And yess, much better arms curvature.

The wrong tone is on purpose being a fake it should look kinda off and FalseGuts is a Metall in a GutsMan body. I do have a real Guts man if you wanna See him.