A rather useful feature in Photoshop for pixel art that I’ve found is the ability to “grow” a selection. This allows one to very loosely select several colour areas, and then have the selection grow to include any adjacent pixels that are similar to the selected pixels (within the Magic Wand tool’s Tolerance). This makes it easy to select e.g. several parts of a character with only two actions, instead of having to Magic Wand them all separately, and without capturing other uses of those colours.

Visual example: here I wanted to select the lighter two colours of the ripples, but only in the big field at the top, without including the highlights in the shadowed area.
Initial selection: 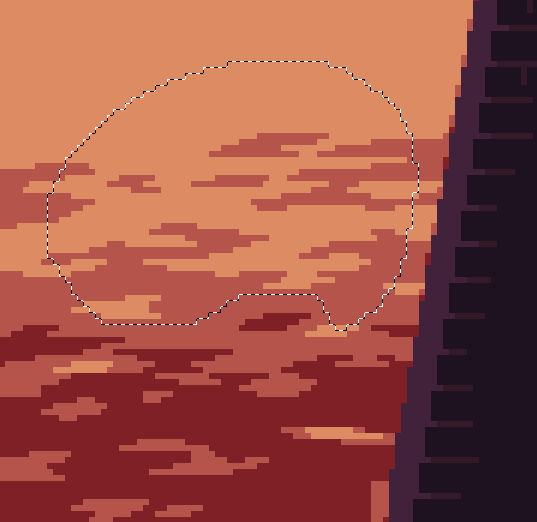 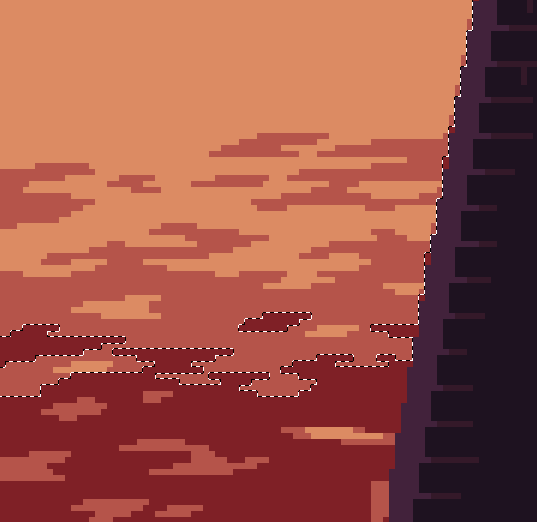 Combined with the Magic Wand’s pixel connectivity options in Aseprite, this could be even more useful than it is in PS.

It would be also be cool to have two different options for how pixel similarity is determined:

I realize that this specific example task could’ve been accomplished with a higher threshold on Magic Wand, but Grow is particularly useful when you want to select areas of disparate colours where a higher Tolerance would capture unwanted areas as well.