Hi David,
I’d really appreciate it if I could have a more precise way of controlling Scale and Rotation value.

For example in Adobe Animate - if one selects an object and hits the “Scale and Rotate” shortcut keys, one would get a prompt like this 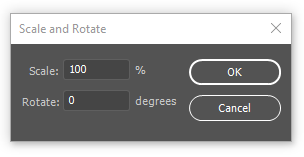 This is extremely helpful if I have many objects that I am trying to scale by a certain percentage (say 50%) or rotate by a certain degree value.

Note: In Animate, the application also remembers the last Scale or Rotation value in the same session, which is pretty handy if one is working on a batch of images.

In Photoshop, which has a more similar approach to Aseprite compared to Animate, the Transform tool gives you scale and rotation input boxes in the toolbar instead of doing a pop-up, which also auto-update as you rotate the transform handle. So, for example, you can rotate loosely to get an approximate value (e.g. to figure out which multiple of 10 degrees you need), and then tweak the exact value.

Aseprite already relies on toolbars in a similar way, and I’d love to have something like this added to it.

The various toolbar items are, from left to right:
Pivot anchor (similar to Aseprite’s except as a clickable thing rather than a menu since PS has the space for it)
Pivot location, X and Y (for moving the selection; the triangle can be clicked to toggle whether this position is listed as absolute in the canvas, or relative to the starting point of the pivot)
Scale factor, Width and Height
Rotation angle
Skew, Horizontal and Vertical (I don’t think this feature exists in Aseprite, but scale+skew is great for converting orthographic images to isometric!)

Also, along with Rotate 180/90 CW/90 CCW, PS’s Rotate menu gives you an “Arbitrary” option which does just pop up an input box:

(this one is for “Rotate Canvas” only because rotating selections arbitrarily in PS requires using the Transform tool, as described above)
I think this sort of option would be a nice addition to Aseprite’s Edit>Rotate menu.

I totally agree with you

Not having those input boxes in Aseprite is one of the reasons why I sometimes have to switch from Aseprite to Photoshop, and being able to enter those values manually with concrete numbers would ve really handy.

As you might already seen, Aseprite v1.3 will contain some text fields to control the position and rotation angles: 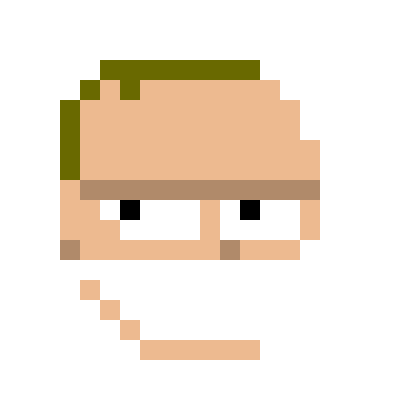 Can you add a feature that makes angle degrees appear when using Free Transform and rotating an image?

David! wow.
Skew transform?
This is way more than I was hoping for - thank you, thank you

Hey David, looks pretty good! Is there any chance we will be able to manually move the pivot point?

Hi @Glitcher, actually that is already possible, you can move the pivot with the mouse. For example, choose the “Display pivot by default”:

And then drag the pivot:

Oops you’re right, I thought the pivot point was a new feature in v1.3 – I didn’t know it was already in Aseprite