Edit
Forgot to do the mouth woops… 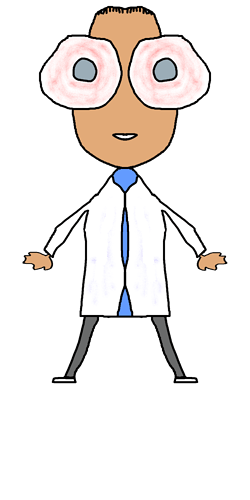 What did you use to make this? Still aseprite? Either way I think it looks cool! The shoulders seem to connect a bit weirdly with the arms, but I could see that being a style choice. If it were me I might add a bit more to the pants but its really cool! Does this scientist have a backstory? Maybe you could use some of that for its design choices.