Hello! I’ve been using Aseprite for a while, and after downloading a ton of palettes from Lospec and placing them into Aseprite’s “/data/palattes” directory, I realized that there was no easy way to sort or organize any of the ones I wanted to access quickly.

So, what if, for each palette that can be added into the program, you could click on a little heart icon next to its name to “favorite” it so you could find it even faster later through a dedicated “favorites” tab?

Or, what if you could create a custom tab full of whatever palettes you’d like based on which ones are present inside inside the palette directory by clicking on an icon next to each palette’s name and selecting from a submenu of sorts, “Add to new organization tab”? 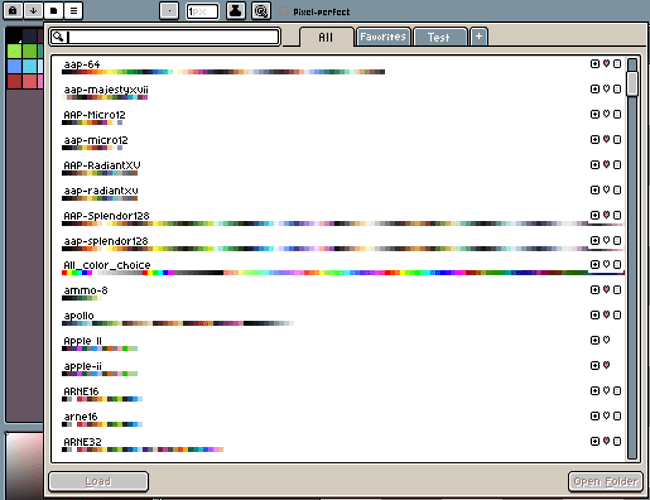 Here’s a poorly-edited example of what what this feature could look like. I know it looks downright awful, but I’m sure it could be an exceedingly useful addition to Aseprite’s already vast arsenal of features.

Edit: Added one extra tab to try to explain this concept a little better and fixed some grammar mistakes

that is a incredible idea i have lots of palettes and no way to organize them, if i may add i like to create palette extensions and it would be relly nice if you could setup for the extension to create a new tab too(a boolean would probaly work).

Seconded. This is an excellent idea and an aspect of Aseprite that turned me a bit off when I first got into it coming from Graphics Gale.

In Graphics Gale, you could simply load an image with the palette you wanted (it would just grab all pixels and ignore any duplicate colors, forming a palette out of the first 256 pixels it found), and that was easier than the palette options Aseprite had. However, this one would be a game-changer if you could in fact load your palette from an image in Aseprite too – and then organize it like the above. D:

you can do that bro just do this 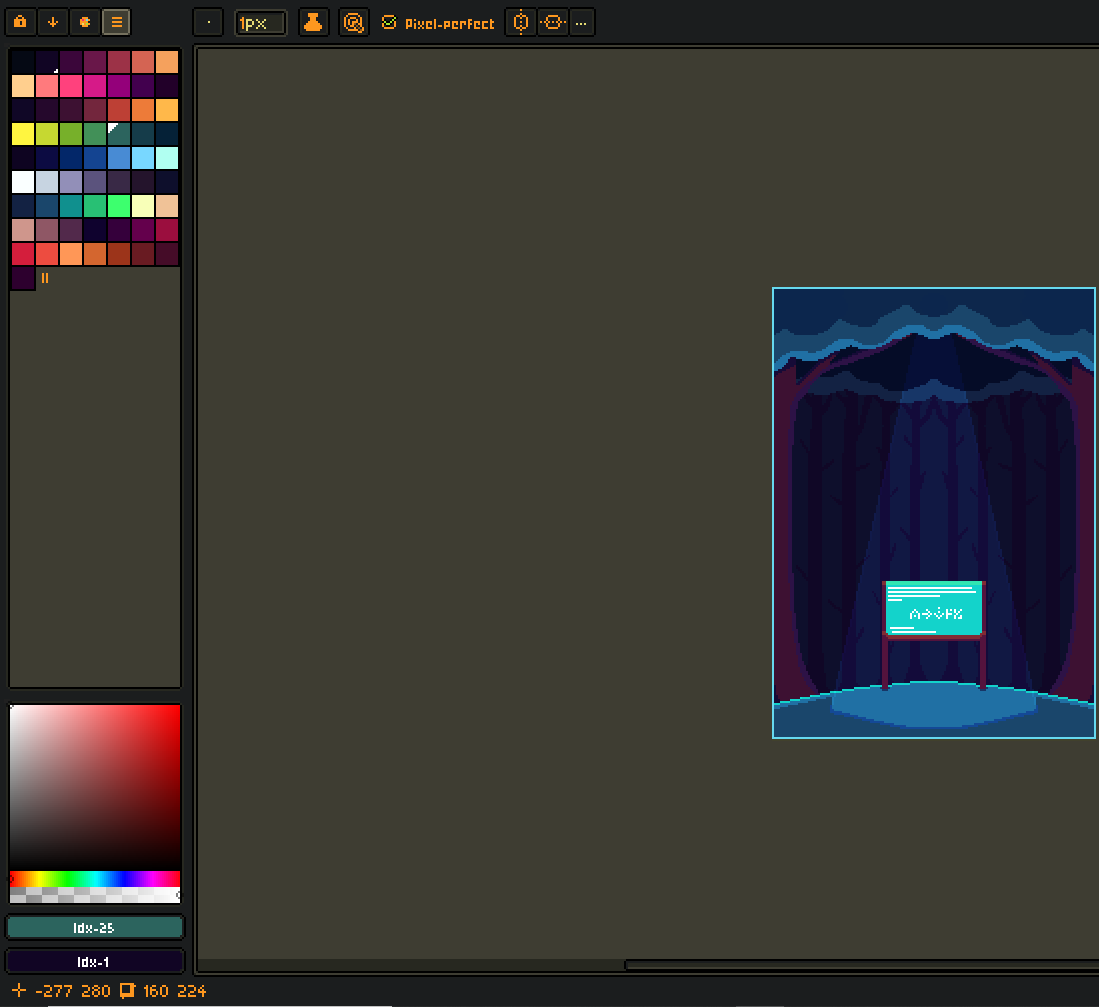 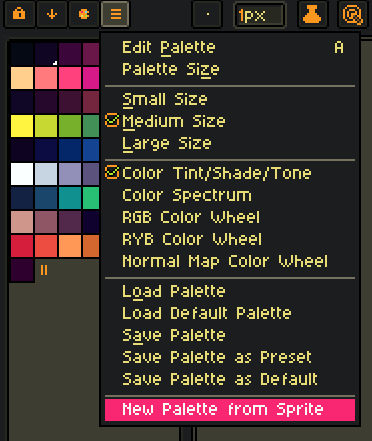 this will pop up, set whatever you like and press okay 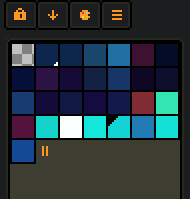 also if you want to sort it go here 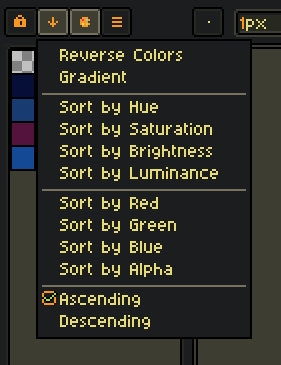 i recommends sorting with lumity

also note: you cant sort by more than one method unfortunaly and i think it will always have the mask color in a index
1 Like
Olga_Galvanova May 6, 2021, 5:27am #6

Oops. I must have been using an older version I suppose, and/or just didn’t notice this option.
Had no idea it existed. D:

Just a testament to how great this application is.

I mean – I really enjoy using Aseprite (for higher-res pixel art), but it’s not my only pixel-art application.

For example, I’ve always done my palettes in Graphics Gale (since I tend to animate in that more), and I never start anything without a palette over there. I normally don’t bring Graphics Gale sprites into Aseprite, so there are likely plenty of other features I am probably not making use of either, as updating Aseprite has never been a huge priority for me (since Gale has always been more comfortable). I’m likely going to be using Aseprite WAY more after the 3.0 update though, so it’s a nice reminder (I suppose) that I should pay attention to where that Aseprite update button is… I may be using it very soon.

okay, glad that i helped?

Sure you helped, but I guess it just sounded like you were calling me stupid for not updating (i.e. because there’s this hugely obvious “big button” here). Instead of getting offended by what seemed to be your implications at the time (to me), since I didn’t ask your intentions either (for the sake of time), I instead chose to explain why I didn’t notice the button (just to offset any potential wrongdoing on either of our parts).

That being said – if your intentions weren’t to mock me, then I am sorry for the confusion. Tone is very hard to interpret on the internet. I see a lot of people assuming others (who don’t behave as expected) to simply be idiots – without first asking questions or bothering to make an effort to try and understand that person’s reasoning for their behavior. In my case, my PTSD acted up, causing me to assume you meant something that you probably didn’t. This was my reasoning. So if you didn’t mean anything negative by it, then I very much apologize for my assumption. Thanks for trying to help.

i just said as something that there is a big buttom there because i used a pirate version before buying it on steam and was constantly annoyed to not have the newest version ksksksksk, i thought it was something that you may had missed sorry if i offended you bud.

No worries man. This is the internet. It’s naturally hard to gauge tone/intention. You seem like a cool enough dude though! – Thanks again for reaching out to help.