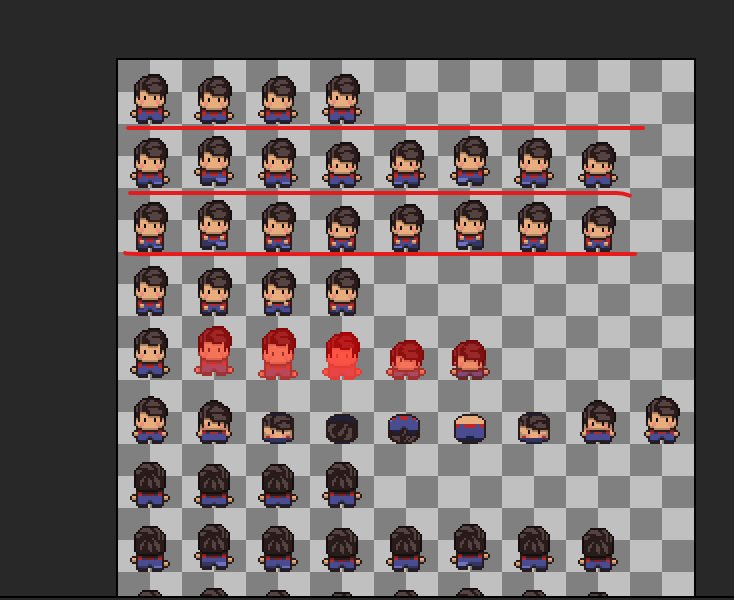 Hm. Well, if you’re animating your characters conventionally, with a setup that looks something like this,

Then it should be almost trivial to make them separate files. First there’s the manual way, where you can manually choose the layer groups and/or animation tags you want to include/exclude in the export process, and then you simply name the sheet something different for each distinct version. 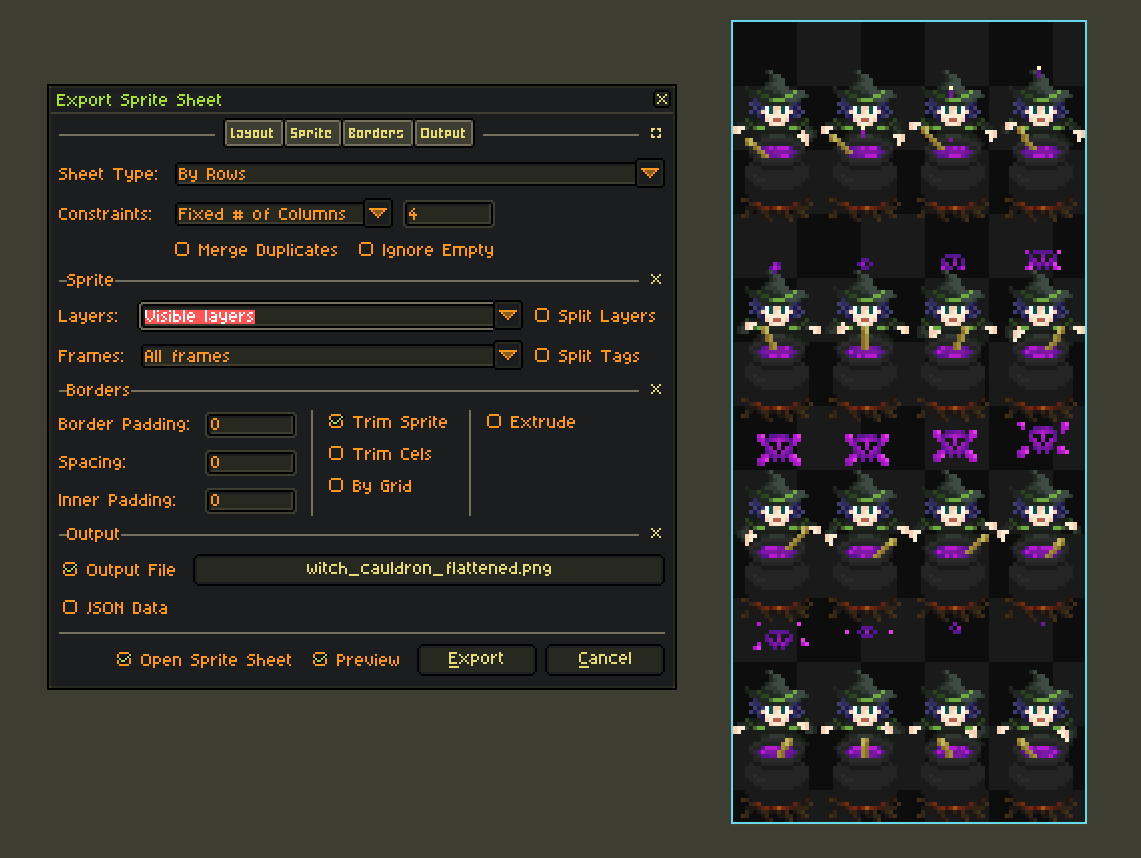 The easier way is to use a community-written Aseprite script. There are a handful of really useful export scripts mentioned here in Adam Younis’s video.

He’s written and extended a couple of existing scripts to suit his needs, and perhaps they could solve your problem as well. He talks about what they are, how to install, and how to use them. It’s fairly straightforward.

Thank you for answer. I made a lazy way to animate character in one layer. I separated layers to animation layer. Then I could render it as I wanted.