Sending art from the trial version to the full version?

So I’ve been using the trial version to see if I like the program, and I plan on buying the full version.
However, I’ve made some things in the trial that I’d like to carry over to the full version. Is that possible, or will I just have to recreate them?

The best way to move your work to the full version will be copying and pasting each frame.

Try selecting the whole canvas (Ctrl+A) and copying it (Ctrl+C) in the trial, then go to the full version, and then use Edit > Paste Special > Paste as New Sprite menu option. If there are other frames or layers, try to re-create then in the new sprite, and copy/paste the canvas pixels of each cel.

That doesn’t work, too. Same issue.

Does the program crashes? Could you please tell me what specific version of the trial version and the full version of Aseprite are you running? Also what operating system (windows 7. win 10, macOS, etc.)

I have the same exact problem. I spent an entire 3 hours working on the trial version, making a really cool artwork, and now it’s telling me I can’t save it… Why? T.T Someone please help? And please have that disclaimer from the get go in the future. 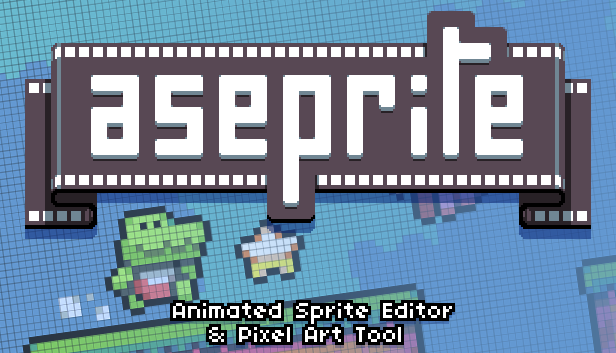 The current instruction for copy & pasting each layer over isn’t working right now by default as noted in the thread above, however, it does work if you merge or flatten the layers. The resulting merged or flatten layer in the trial can be copied and then be pasted special → as a new layer in the paid version. Note I only tried this for static layers and have not tried it with animated sprites, but the same workaround might work there too.

Here’s the exact step (assuming you have both the trial and the paid version opened and your work is on the trial version):

p.s. If you don’t care about retaining the layers, you can just Flatten Visible all the layers into a single layer on the trial and select all then copy the entire sprite over as one layer.