Making it available in case anyone else might find this kind of thing useful. I’m new to Lua so probably various things that could/should be done differently, but happy with it as a first foray into the space. 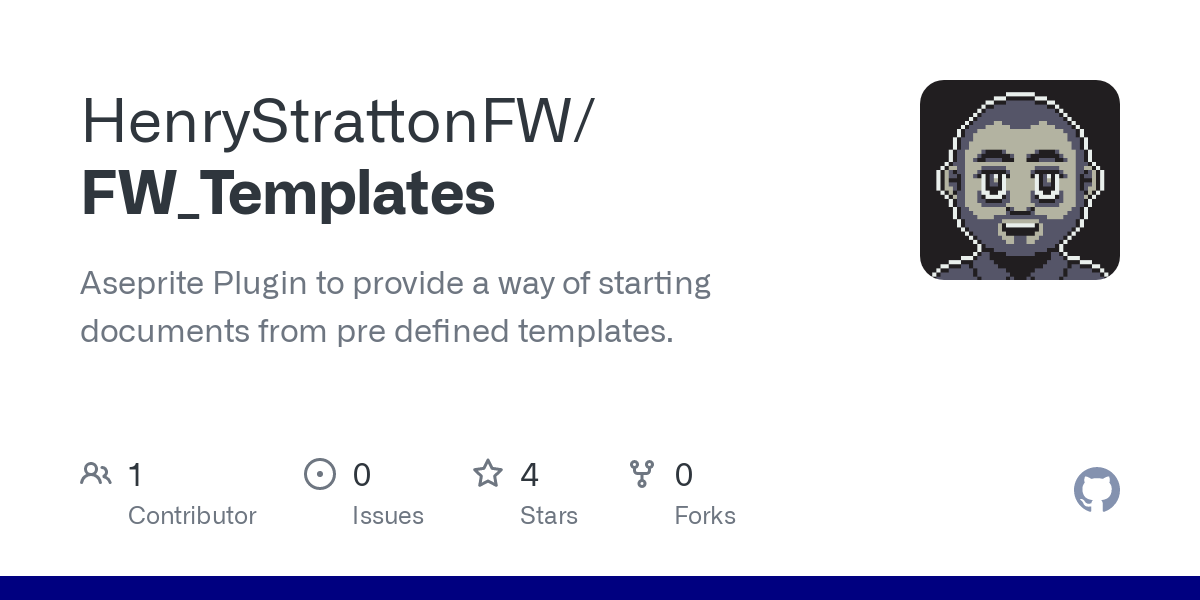 GitHub - HenryStrattonFW/FW_Templates: Aseprite Plugin to provide a way of...

This was built on top of the extension-base project that David Fletcher released which is linked in the readme.