as title says, when i save a sprite as a gif, the transparent pixels dont show up in the final image. for instance, this one that i am working on for a tiktoker named Geezagobble. the textbox is supposed to be blue

here it is in the program 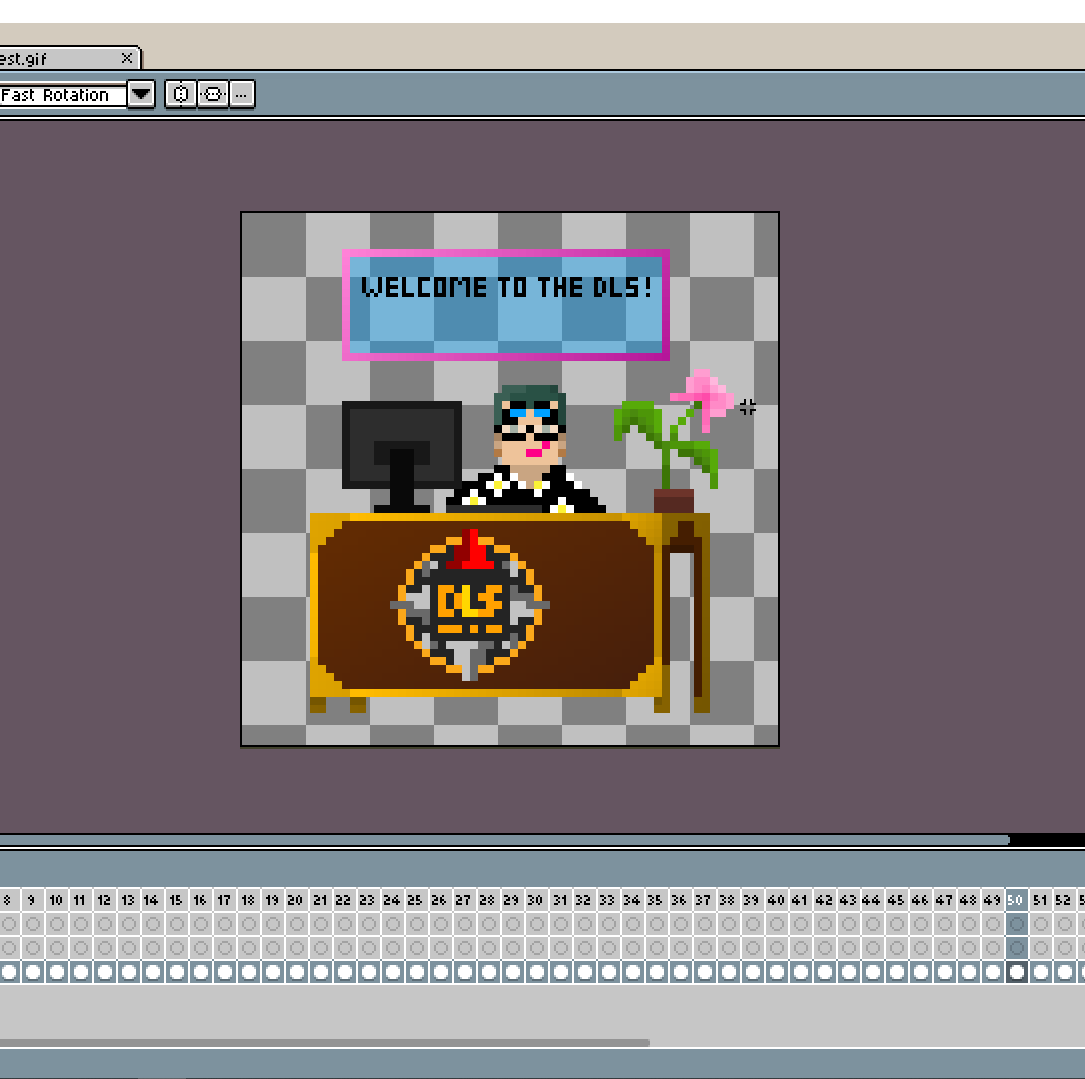 Gifs do not support transparency. You need to have a background behind it for it to work.

oh ok. is there an alternative i can use besides gif?

Not really. There are some formats that support both partial transparency and animation like WebP and APNG, but they’re not very widely supported, and Aseprite doesn’t allow exporting as either of them. You may be able to export your animation as PNG frames and assemble them into an animated WebP using another tool.