It would be useful if the UserData fields were several lines long and could be associated with both the Sprite as a whole, and Tags.

This would make it very easy for game engines to parse standalone aseprite files as part of their pipeline, without the need for additional metadata. For example, tags could then have “goto” values or looping parameters. Sprites could then have metadata useful for game rendering.

In regards to the file spec, I think Tag UserData could be added the same way as any other kind of UserData by following the Tag Chunk. Sprites may be a bit more tricky, but it might work if the first UserData in the file isn’t after any other chunks, it’s associated with the Sprite as a whole? 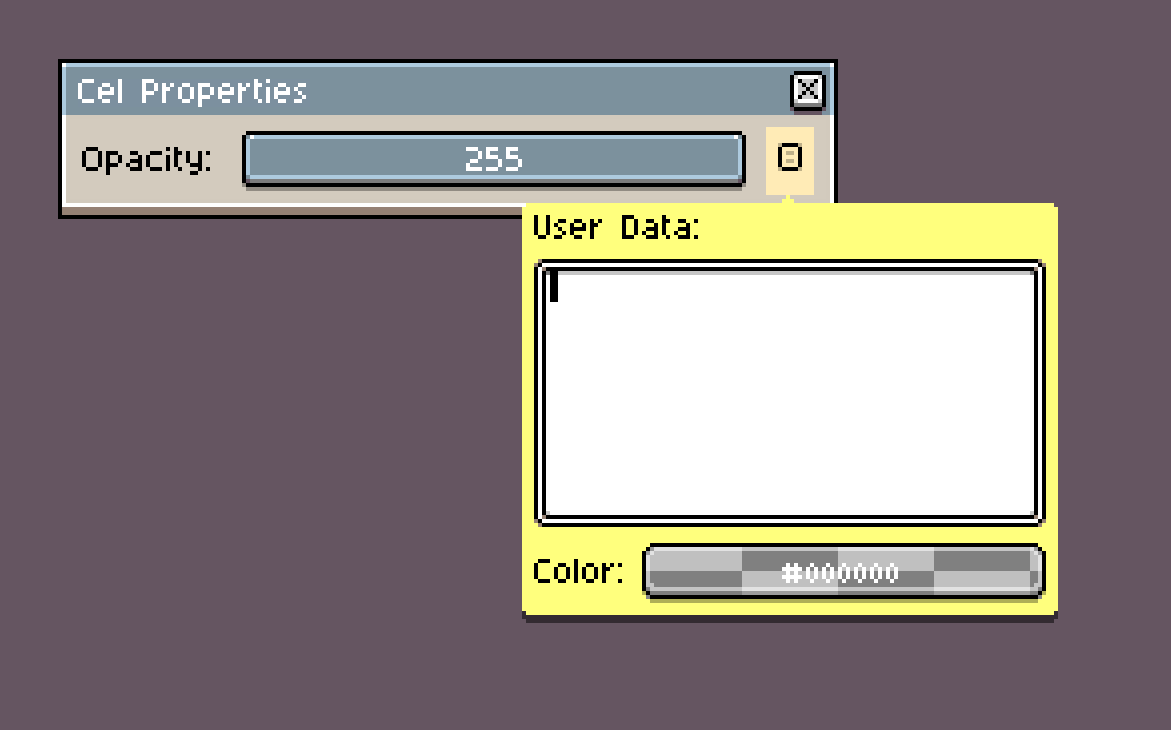